By reimagining Chinese ink painting techniques that date back to over one thousand years, Yunfei Ji creates satirical works that explore the intersections of history, current events, traditional Chinese culture, and contemporary global culture. Ji’s works examine our connectedness to or disconnectedness from one another, our communities, and the world. How in the name of modern progress, greed, or downright intolerance, generations of people have been displaced, excluded, and marginalized. The results are cultural and natural disasters: severed connections to peoples’ ways of life and one another, while also creating a threat to our environments and well-being. Ji’s paintings shed light on our shared and disparate conditions while critiquing the ability of those in power to rewrite, romanticize, and fictionalize historical and contemporary happenings. The artist asks viewers to consider our roles as global citizens and how long we are willing to witness social and ecological tragedies, before joining together to save humanity.  This exhibition is supported by the Joy Light East Asian Art Acquisition and Exhibition Fund

Yun-Fei Ji (b. 1963, Beijing, China)  was raised in China during the Cultural Revolution. Ji studied traditional painting techniques with mineral pigments on mulberry paper in the style of classical Chinese landscape painting, earning his BFA from the Central Academy of Fine Arts, Beijing. After relocating to the United States in 1986 on a fellowship from Fulbright College at the University of Arkansas, where he received his MFA, Ji found his voice as an artist who reinvents the system of symbolic structures and folklore found in classical Chinese painting. Ji’s work has been widely exhibited throughout the United States and Europe, including the Prospect.3 New Orleans Biennial in 2014, the 2012 Biennale of Sydney, the 2011 Lyon Biennale, and the 2002 Whitney Biennial. Ji received the 2006 American Academy Prix de Rome Fellowship and Residency and was a 2005 Artist-in-residence at Yale University.
Prior to Tall Tales of Scavenger, Ji has been the subject of several solo museum exhibitions at the Cleveland Museum of Art; the University Museum of Contemporary Art, UMASS Amherst; Contemporary Art Museum St. Louis; the Institute of Contemporary Art, University of Pennsylvania; the Ullens Center for Contemporary Art, Beijing, China; and the Ruth and Elmer Wellin Museum of Art, Hamilton College, among others. He has also been the subject of several monographs, including Yun-Fei Ji: The Intimate Universe (Delmonico and the Wellin Museum of Art, 2016) and Yun-Fei Ji: Water Work (UCCA Books, 2013). Among the many notable private and public collections in which Ji’s work is included are the Museum of Modern Art; Whitney Museum of American Art; Baltimore Museum of Art; Brooklyn Museum of Art; Virginia Museum of Fine Arts; Philadelphia Museum of Art; Cleveland Museum of Art; and the Yale University Art Gallery. Yun-Fei Ji currently lives and works between New York and Pennsylvania and is represented by James Cohan Gallery.

This exhibition is supported by the Joy Light East Asian Art Acquisition and Exhibition Fund. 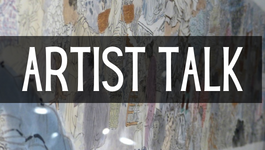