Unmasking Masculinity for the 21st Century – THE REMIX

Unmasking Masculinity for the 21st Century – THE REMIX

Presenting works culled from the KIA’s collection, combined with borrowed works from around the U.S., Unmasking Masculinity for the 21st Century will investigate how artists use tradition, contemporary practice, and performance to explore the construction of masculinity in North America. Co-curated by Rehema Barber, Chief Curator of the KIA, and highly acclaimed independent curator Larry Ossei-Mensah, they seek to create an exhibition that is also a forum to engage the community in conversations led by artists, community members, and scholars.

Artworks within the exhibition by Nate Lewis, jc lenochan, James Luna, Catherine Opie, and others will delve into the impacts of colonization and imperialism, socioeconomic status, and socialization during adolescence in establishing society’s understandings of masculinity. Other works by artists like Keith Anderson, Kahlil Joseph, Juliana Huxtable, and Cheryl Pope will examine the psychological influences and ideological systems that affect contemporary understandings of masculinity. Works by artists such as Jaishri Abichandani, Brendan Fernandes, Lyle Ashton Harris, and Arthur Jafa will speak to the mythologies surrounding masculinity, while challenging dominant social mores dictating sexual identity.

This exhibition, in its entirety, endeavors to probe how artists use or dispel mainstream ideologies or traditional norms as a means to delve into perceptions and cultural socialization. As a result, the curators ask viewers to consider the meanings and embodiment of masculinity in a global context, past and present. The works and artists featured in Unmasking Masculinity for the 21st Century will reveal the complex and contradictory notions of manhood in our society, while encouraging visitors to explore how varying ways of thinking about masculinity can give rise to meaningful conversations about identity for future generations. 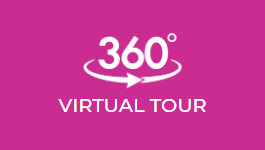