An exhibition of light sculptures displayed in the darkened Joy Light Gallery of Asian Art, Reaching into Infinity shows the work of a sculptor exploring light, color, and illusion as he muses on infinite space and spirituality. The Korean-born artist Chul Hyun Ahn combines one-way mirrors and LED lights to create light boxes glowing with geometric forms that recede like portals into distant space. The lack of gallery lighting will draw viewers into Ahn’s visions – mesmerizing, mysterious, and meditative. Often described as a light artist, Ahn has pointed out another important element in his work.

“At the root, my art is about space,” he says. “Without light, the space was not visible, so I brought light to my artworks so people would experience a sense of deeper space in the direction of the fading light.” 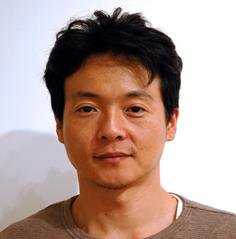 Born in 1971 in Busan, South Korea, Ahn received a bachelor’s degree from the Chugye University for the Arts in Seoul. He moved to the U.S. in 1997, and studied at Eastern Michigan University before receiving a master’s degree from the Maryland Institute College of Art. Ahn has exhibited internationally and his work can be found in numerous private and public collections. He lives and works in Baltimore, where he is represented by C. Grimaldis Gallery.

The exhibition has been organized by the Kalamazoo Institute of Arts in conjunction with the Tarble Arts Center, Eastern Illinois University. We acknowledge the cooperation of C. Grimaldis Gallery, Baltimore, in facilitating loans for the exhibition.