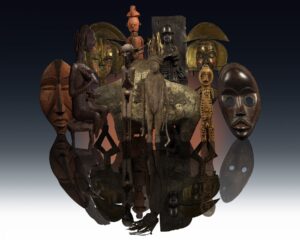 The Kalamazoo Institute of Arts prides itself in presenting works that illuminate the vast and rich cultures which make the American experience so distinct and multi-faceted,  Africa, Imagined: Reflections on Modern and Contemporary Art is one such exhibition. Africa, Imagined will feature works by artists of varying cultures and perspectives who have been inspired by and responded to the ideas, truths, and myths surrounding African art. 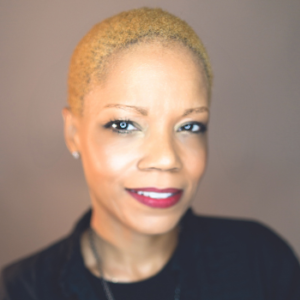 Join Rehema Barber in the KIA’s auditorium and virtually on YouTube and Facebook for an informative and lively presentation about the artists and works in Africa, Imagined: Reflections on Modern and Contemporary Art. With over 90 works on view and nearly 90% of those works coming from the KIA’s collection, Africa Imagined is an exhibition that displays several new works–African and American Art to the collection. 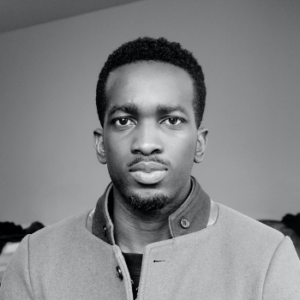 An Evening with Conrad Egyir

Egyir, a Cranbrook Academy of Art graduate, will provide greater insight into his art practice, explore his rise within the contemporary arts scene, and share the inspiration behind one of the KIA’s newest acquisitions, Irving’s Class. Egyir’s paintings draw from western symbolism, pop culture, Afrocentric folklore. His work gained international attention after being used in Beyonce’s 2020 summer visual album and film, Black is King. Hear from Egyir in this private virtual presentation. 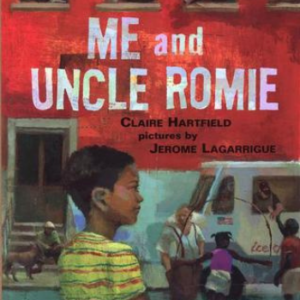 Art Detectives: Me and Uncle Romie

In Me and Uncle Romie, a boy visits his uncle, Romare Bearden, an African-American artist. Join Arty Mouse in the KIA’s auditorium to hear the book read out loud and see works by Bearden in the KIA galleries. Recognized as one of the most creative and original visual artists of the twentieth century, Bearden works with many types of media including cartoons, oils, and collages. 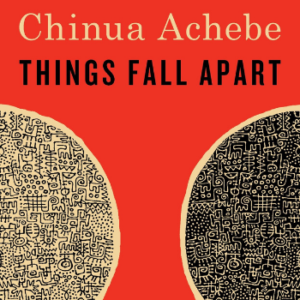 Set in the 1800s, Things Fall Apart is a classic narrative about Africa’s cataclysmic encounter with Europe as it establishes a colonial presence on the continent. Virtually join the book discussion leader and the KIA’s librarian to discuss the book, as it is told through the fictional experiences of Okonkwo, a wealthy and fearless Igbo warrior of Umuofia in the late 1800s. 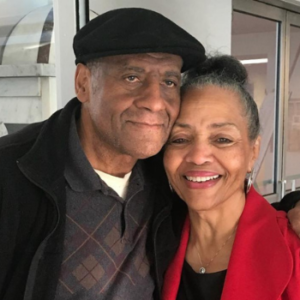 ARTbreak: Hidden Women of Color with the Washingtons

Jerome and Delma Washington will share their inspiration behind Hidden Women of Color, a series of portraits featuring African-American women who lived between 1744-1996. These women, who include artist Edmonia Lewis and explorer Merze Tate, stepped out of their assigned roles and achieved great things despite the circumstances that surrounded them. The Washingtons will present their artistry behind Hidden Women of Color in the KIA’s auditorium and virtually on YouTube and Facebook