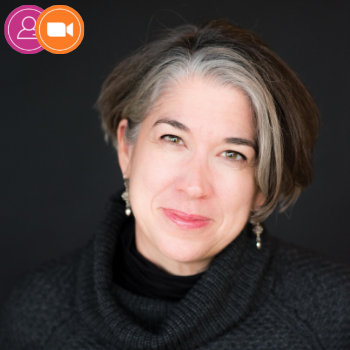 Thanks to a cache of personal letters uncovered in 2009, it is now known that iconic Tiffany lamps such as “Wisteria” and “Dragonflies” were designed by Clara Driscoll and the female colleagues she managed in the women’s division of the Tiffany Glass Company of Manhattan. Historian Renée Sentilles will contextualize the designs and life decisions of Clara Driscoll within the power dynamics of Tiffany Studios, the female artists surrounding her, and the cultural climate of the 1880s-1920s.

Sentilles will discuss how, under Driscoll’s management, the women of Tiffany Glass designed lamps, created models, chose glass, and pieced the lamps together. The Tiffany women also designed and constructed several of Tiffany’s most celebrated windows and produced small ornamental desk objects (such as inkwells).

Contemporary viewers may be surprised to learn that female artists often worked in design houses at the turn of the century because increasing numbers of artistically-inclined single women cultivated professional lives. Among other terms—such as “the Gilded Age,” “the Age of Incorporation,” and “the Second Industrial Revolution” –this period was also known at the time as the Age of The New Woman, a time when the respectable urban woman began proudly participating in public life. Sentilles asserts that although clearly an unusually gifted artist and businesswoman, Clara Driscoll and her lamps are also emblematic of her times.

Sentilles is the author of Performing Menken: Adah Isaacs Menken and the Birth of American Celebrity (Cambridge University Press, 2003), and American Tomboys, 1850-1915 (University of Massachusetts Press, 2018).  Her current projects focus on Clara Driscoll, Prudence Crandall, and“On Her Feet: Getting to the Sole of American Women’s History,” a textbook using shoes as a doorway to understanding women’s past. Sentilles is Henry Eldridge Bourne Professor of History at Case Western Reserve University, Cleveland, Ohio.

The KIA is offering both in-person and virtual tickets to this artist’s talk. Please RSVP accordingly