ARTbreak: Masked Up – Robert Colescott and Me with Dr. Paul Solomon 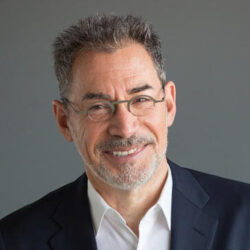 Unmasking Masculinity for the 21st Century includes works of art by Kehinde Wiley, Ebony G. Patterson, and jc lenochan. Before them, before all of them, came Robert Colescott. Despite Colescott’s widespread profound influence on generations of American artists, his name is missing from survey courses on 20th-century American art. Who was Robert Colescott? What did he inherit? What has he bequeathed us? And why does artist/photographer, scholar, and teacher Paul Solomon personally identify with Colescott and his work?

Solomon is Professor of Art in the Frostic School of Art at Western Michigan University. He is also Adjunct Community Professor in the Department of Medical Ethics, Humanities and Law at Homer Stryker M.D. School of Medicine.

You can also watch this program live on the Kalamazoo Institute of Arts YouTube Channel.