ARTbreak: Hidden Women of Color with Jerome and Delma Washington 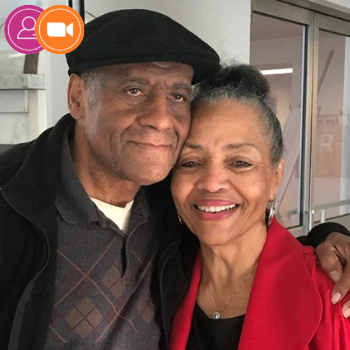 Jerome and Delma Washington are the minds behind the art project Hidden Women of Color. This project is a series of portraits of African American women who lived between 1744-1996 who deserve to be seen for their achievements. These women, who include artist Edmonia Lewis and explorer Merze Tate, stepped out of their assigned roles and achieved great things despite the circumstances that surrounded them. The Washingtons will share their inspiration for this series, as well as discuss their love of history and art.

Jerome Washington started drawing as a child growing up in Albion, MI. He has worked in many artistic mediums, but his all-time favorites are pastels, pencil, and watercolors. Washington is known in his community as “the man who does sketches” and has a passion for drawing the joy children express. The Washingtons have become passionate about pursuing their interest in history, particularly African American history. Through this pursuit, they began to learn the stories of African American women who have become hidden through time. Delma Washington presented the idea that Jerome Washington should begin to draw these women as a way to bring recognition to them, and thus the Hidden Women of Color series was born. They currently reside in Albion, MI where they are pursuing their passions together.

The KIA is offering both in-person and virtual tickets for this event.