1000 Years of Joys and Sorrows: A Memoir by Al Weiwei 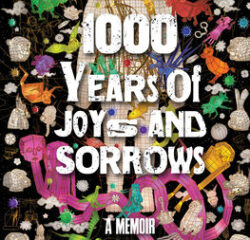 Ai Weiwei’s sculptures and installations have been viewed by millions around the globe. His architectural achievements include helping to design the iconic Bird’s Nest Olympic Stadium in Beijing. His political activism made him a target of the Chinese authorities, which culminated in months of secret detention without charge in 2011. Here, Weiwei explores the origins of his creativity and passionate political beliefs through his life story and that of his father, whose creativity was stifled.